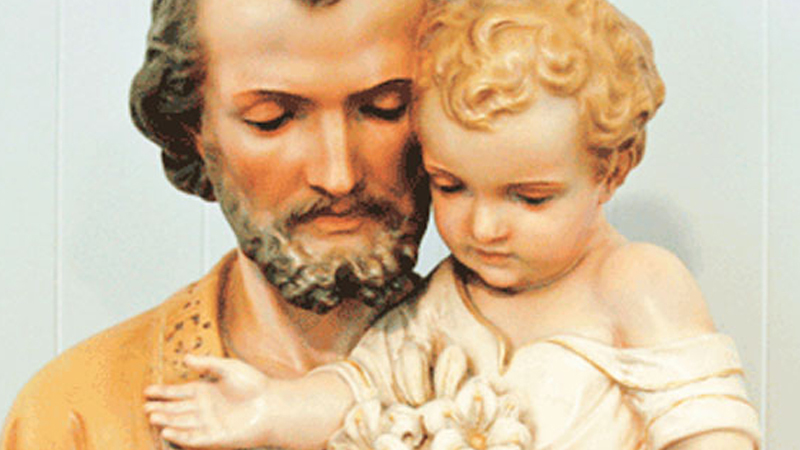 The devotion to St Joseph is an important part of our Roman Catholic spiritual life. Over the last 500 years, Divine Providence has led pope after pope in developing the various aspects of this devotion and imposing it on the Universal Church, as the times were getting more difficult. Let us just mention some of these main papal acts, some of which will be made use of frequently this month.

The First Vatican Council was short lived, it did not even last one year. Opened on December 8, 1869, it was adjourned sine die (indefinitely) on October 20, 1870. In spite of its short life, it is a major landmark for our Catholic faith. It was on July 18, 1870, by the dogmatic Constitution Pastor Aeternus, that Pope Pius IX proclaimed the dogma of Papal infallibility.

With that proclamation, all hell broke loose. Rome was invaded by revolutionary troops. The papal states tumbled. The fathers of the First Vatican Council were forced home. Rome was now occupied, and the Pope began his long Vatican captivity. On the surface, prospects appeared bleak for the papacy. In reality, he who had preserved Christ himself from the designs of a wicked Herod still stood prepared to protect Christ's Vicar from the plots of a wicked world. When things appeared at their worst, Pius IX acceded to the desires of the faithful and various members of the First Vatican Council, and invoked the powerful protection of the guardian of the nascent Church, Joseph of Nazareth.

On the Feast of the Immaculate Conception that year, all Italy was invited to offer up Holy Communion for the Pope. December 8, 1870 was Catholic Italy's day of prayer for the see of Peter. And Peter's heir seized the occasion to perform a great act of his apostolic authority. In the great Roman basilicas, he published the decree Quemadmodum Deusdeclaring St. Joseph patron and protector of the universal Church.

We are, therefore, commemorating this year the 150th anniversary of this important event. How timely this is!  Now revolutionary ideas have invaded Rome. Great efforts are being made as a consequence of the conciliar error of collegiality, not concerning the papal states which are now insignificant in size, but to decentralize, to de-Romanize the very governing structure of the Roman Church. St Joseph, protector of holy Church, pray for us!

Another significant contemporary role of St Joseph can be seen in the fight of Pope Pius XI against communism. The pope of the Social Kingship of Christ, of the encyclical Quas Primas, placed the vast campaign against Communism under the standard of St Joseph.

“To hasten the advent of that ‘peace of Christ in the kingdom of Christ’ so ardently desired by all, We place the vast campaign of the Church against world Communism under the standard of St. Joseph, her mighty Protector… To him was entrusted the Divine Child when Herod let loose his assassins against Him. …. He won for himself the title of ‘The Just,’ serving thus as a living model of that Christian justice which should reign in social life…. Given at Rome, at St. Peter’s, on the feast of St. Joseph, patron of the universal Church, on the 19th of March, 1937.”

Our Lady of Fatima, who had warned us of the spread of Communism back in 1917, had already involved her beloved Spouse in this battle. It was on October 13, 1917, while the miracle of the sun was being witnessed by over 70,000 people, that the three privileged children saw St Joseph. Here is the account of Sister Lucy: “After our Lady had disappeared into the immense distance of the firmament, we beheld St. Joseph with the Child Jesus and Our Lady robed in white with a blue mantle, beside the sun. St. Joseph and the Child Jesus seemed to bless the world, for they traced the Sign of the Cross with their hands.”

It is interesting to see St Joseph at the side of Our Lady and of Our Lord, coming to the rescue of the Church, as he rescued them long ago in Bethlehem. “Even as of old thou didst rescue the Child Jesus from the peril of His life, so now defend God’s holy Church from the snare of the enemy and from all adversity!”

“Go to Joseph!” That is what the Popes are telling us. Let us take this seriously, and invoke St Joseph with all our heart as we also enter the Lenten season.