Ecumenism: The Good, the Bad and the Ugly 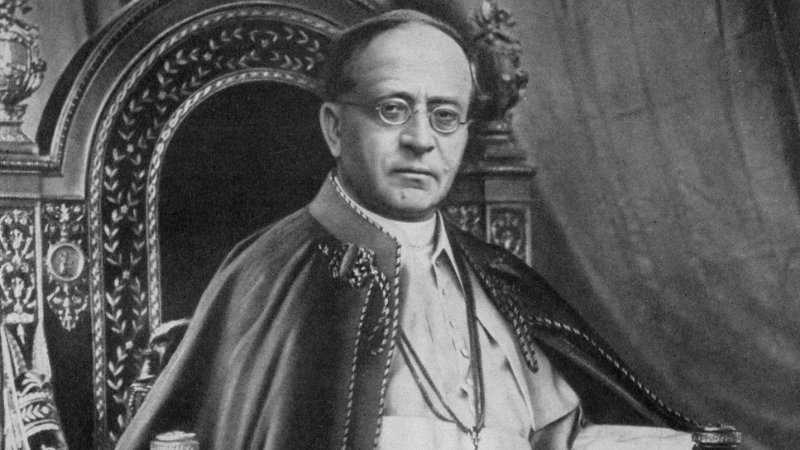 During the week of January 18 – 25, Catholics are pressed to join with prayer gatherings for Christian Unity. On its website, the Archdiocese of Toronto is inviting the faithful to join with a virtual prayer service for Christian unity, that will be livestreamed because of Covid-19. Cardinal Thomas Collins, Archbishop of Toronto, will attend that service, to be held at The Salvation Army’s Agincourt Community. David Wells, General Superintendent of The Pentecostal Assemblies of Canada, will be the homilist.

Why such prohibition? Because such ecumenical gatherings give the impression that the other ‘churches’ are on the same level as the Catholic Church. Ultimately, it destroys the faith in the Catholic Church, the only True Church, out of which there is no salvation.

So, let us focus on what is Ecumenism and what we should think about it. To answer these questions, I am using notes written by a good friend of mine, father of a large family, who described in a funny way the three types of Ecumenism: The Good, the Bad and the Ugly. Modernists tend to play with the meaning of words, taking a perfectly Catholic word and applying a new non-Catholic meaning to it.  As you can see, the word 'Ecumenism' has suffered the same fate.

An example of the Good Ecumenism can be found in the encyclical of Pius XI - Mortalium Animos (1928) in articles 10: “So, Venerable Brethren, it is clear why this Apostolic See has never allowed its subjects to take part in the assemblies of non-Catholics: for the union of Christians can only be promoted by promoting the return to the one true Church of Christ of those who are separated from it, for in the past they have unhappily left it. To the one true Church of Christ, we say, which is visible to all, and which is to remain, according to the will of its Author, exactly the same as He instituted it.”

Similar pleas have been made by Leo XIII, Pius XII and other pontiffs up to the Second Vatican Council. In the present age of the Church, this is commonly called the "Ecumenism of return".  This is the Good.

In the late 19th and early 20th century, a movement with the desire to achieve 'Christian Unity' was founded.  While the members of this movement were well intentioned, the organization was founded upon flawed principles.   It is these flawed principles that Pius XI condemned in Mortalium Animos, particularly since equally well-meaning Catholics were beginning to participate in the movement.  These principles were so flawed that Pius XI called them "a most grave error, by which the foundations of the Catholic faith are completely destroyed".  In short, the movement made a distinction between fundamental truths and optional truths.

As this form of Ecumenism was outside the Church of Christ, it is The Bad.

The third form of Ecumenism is, for all purposes, identical to 'The Bad'.  The key difference is that, like a virus, it has infected the Mystical Body of Christ, the "true Church of Jesus Christ, which is the One, Holy, Catholic, Apostolic and Roman Church" (Mystici Corporis - Pius XII).

Years ago, I firsthand witness the damage done by the virus of the Ugly Ecumenism. Along with a group of traditional faithful, I attended a lecture given by Professor Catherine E. Clifford on Ecumenism.  In this lecture we were provided an example of how Ecumenism currently manifests itself within the Bride of Christ.

Herein lies the problem, how can one have Christo-centric ecumenism without reference to the One, Holy, Catholic and Roman Catholic Church that Christ founded?  According to Catholic Dogma, one cannot.

This form of Ecumenism has, marred the clear face of the Church of Christ. This Ecumenism is simply, The Ugly.

From a traditional Catholic father