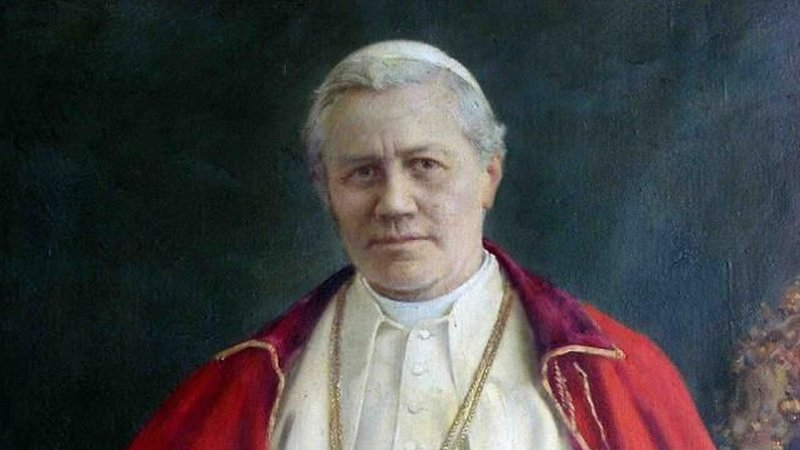 Historia est Magistra Vitae - History is the Teacher of Life. This famous motto, first credited to the Roman orator Cicero, still applies to our times. In other words, the knowledge of what happened to the people who lived before us, as it is recorded by history, becomes an asset when we need to lay a judgement on current-day situations.

Needless to say, we are living through very uncertain times. Because of that, we often wonder on how to make the right choice in our judgments and the decisions that must follow.

To some, it may appear that the Crisis that we are going through is absolutely new and unheard in its extent. However, when we consider this crisis not as a whole, but rather in its single elements taken separately, we must recognize that what is happening now happened to other people before us, though not with the same intensity as it is now.

During the XIX century, our ancestors in the Catholic faith went also through challenging times. In those days, the main concern of Catholics from Western Europe was to restore the practice of the Faith and influence of the Church on society after the great turmoil of the French Revolution. At that time, two opposite schools of thought appeared among Catholic leaders.

First, there was the Ultramontanes, who hailed the doctrine of the Social Rights of Our Lord Jesus-Christ over society and, consequently, the condemnation of the principles of the godless Revolution. Several courageous laymen used their pen to support the cause of the ultramontanes. The most notorious were Louis Veuillot in France, Juan Donoso Cortès in Spain and Garcia Moreno, president of Equator, who put into practice the social Kingship of Christ in his country, until he was assassinated by the freemasons.

Then, on the other side, there was the Liberals, who claimed that, providing that they could freely practice their religion in private, Catholics had to recognise the new political order issued from the French Revolution. These two groups came to a clash during the Council Vatican I, particularly during the debate on the infallibility of the Roman pontiff.

The ultramontanes won the support of Pope Pius IX, who promulgated the dogma of the Infallibility of the pope by means of the Constitution Pastor Aeternus, promulgated on July 18, 1870, just one-hundred-and-fifty years ago.

Up to a point, we could say that the ultramontanes of the XIX century were the ancestors of the Traditional Catholics of our times, who uphold the doctrine of the Kingship of Christ, and the fidelity to two thousand years of Tradition, constantly taught by the infallible Magisterium of the Church.

There is something that we can learn from Juan Donoso Cortès, one of the XIX century ultramontanes. On the occasion of a speech that he gave before the Spanish Parliament in 1849, he warned his audience against a new trend in modern society, leading mankind toward the worst government tyranny the world has ever seen before.

The danger that Donoso Cortès could see coming during the XIX century had become a reality in our times, especially since the beginning of the new millennium and, more precisely, since the beginning of the Covid-19 pandemic. Having before our eyes the present-day sanitary crisis, we must recognize that it is being used by governments from all over the world to impose serious restrictions to the freedom of the citizens. Recently, several countries reinstated sanitary shutdowns, in an attempt to stop the ‘second wave’ of the Covid-19. No wonder that some people describe these restrictive measures as the implementation of a new ‘sanitary dictatorship’.

But for us Catholics, the most important thing is always the preservation of the health of our souls, Faith, the treasure of sanctifying grace entrusted to us by God on the day of our baptism. But now, since we keep the true Faith, and we believe that God keeps watching over us no matter what, does it means that we could ignore or at least take with a grain of salt these health measures put in place by the government as necessary means to stop the pandemic?

Where could we find a Catholic answer to such critical question? In his Summa, St. Thomas Aquinas will be our safe guide, providing timely and well-balanced answers.

Way before our times, St. Thomas considers the question “Whether Christians are bound to obey the secular powers?”1 Let us follow the reasoning of St. Thomas Aquinas.

At the beginning of the article, he will present three objections which seems to favour a negative answer to that question.

Lastly, as men are not bound to obey robbers, in the same manner men should not be obliged to obey secular authorities which are often exercised with injustice or owes its origin to some unjust usurpation.
But then, St. Thomas Aquinas quotes the authority of Holy Scripture. It is written : “Admonish them to be subject to princes and powers”2, and : “Be ye subject . . . to every human creature for God's sake: whether it be to the king as excelling, or to governors as sent by him.”3

Then, in all fairness, St. Thomas answer to the objections that he previously formulated:
First, the freedom of the children of God by grace makes them free from the spiritual bondage of sin, but not from the bodily bondage, whereby they are held bound to earthly masters.

St. Thomas answers to the final objection: the principle to follow, it is that Man is bound to obey secular princes in so far as this is required by order of justice.

But St Thomas concludes his answer giving a very prudent piece of advice. “Wherefore if the prince's authority is not just but usurped, or if he commands what is unjust, his subjects are not bound to obey him, except perhaps accidentally, in order to avoid scandal or danger.”

We can apply the wisdom of St. Thomas Aquinas to our times, more precisely to several regulations and restrictions imposed by the government for “sanitary reasons” that we may find to be overboard and thus inclined to reject.

Even in the worst scenario of a secular power usurped that gives orders that seems to be unjustified, it does not mean that subjects should ignore its laws. If these laws appear to be established for the sake of the common good, and if the subjects are not asked to do something sinful, the subjects are obliged ‘accidentally, in order to avoid scandal or danger’, as says St. Thomas.

Let me apply the wisdom of St. Thomas Aquinas to the case of the bylaws that make the wearing masks mandatory in public places. The ‘scandal or danger’ according to St Thomas would happen if the majority of people wouldn’t care about that law, either someone may get the disease or the church may be charged for ‘lack of diligence’ to implement such law.

This being said, the civil authority still recognizes a number of exemptions to such bylaw, and moreover the fact that the individual is not bound to give a proof of his exemption… but things could change.

In any case, the most important it is to keep alive the bond of charity between us. Let me remind that nobody should be entrusted to make any derogatory comments to fellow parishioners on church property on why people should wear or should not wear a mask. In omnibus caritas – In all things, charity!