Fear of God, or Fear of the World? 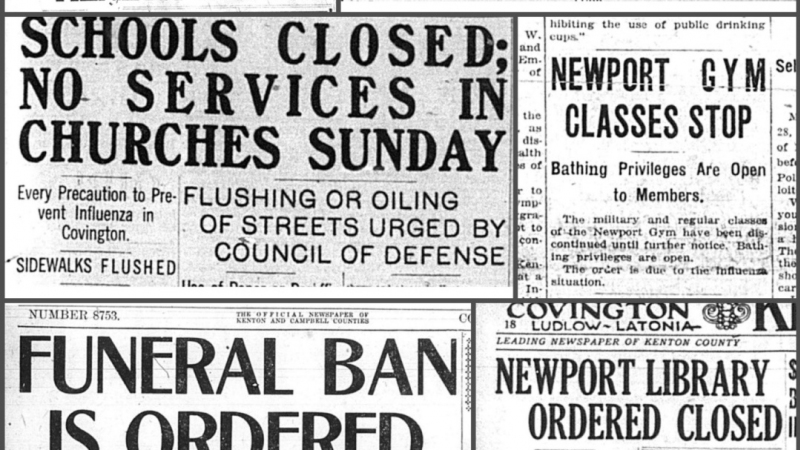 Almost three Months after the start of the restrictive measures, it is time to give a psychological and spiritual assessment of the Covid-19 crisis that we are going through and propose some solutions.

The restrictions imposed by government for safety purposes, in order “to save lives,” are much more drastic and universal than the preceding ones, especially those put in place at the time of the Spanish flu, in 1918-1919.  Now, as I am writing these lines, it seems that the situation is improving almost everywhere in Canada, and the epidemic appears to be under control, health authorities have been successful to reach the original goal set up during the Month of March to ‘flatten the curve’.  To this good news, we must except some long-term care facilities, which suffered severe outbreaks especially within highly populated areas of Quebec and Ontario.

But what appears strange now, it is the fact that governments want to keep most of these restrictive measures for a indefinite time, and that the timing of a return to normal is very uncertain and even questioned up to a point.  Listening to some officials, we do not know how long the restrictions will stay in place, and we start to wonder if and when things will go back to normal.

We cannot deny that the Covid-19 is a serious disease and even deadly in a number of cases, but we should not forget that the greatest majority of the people who are infected by the Covid-19 will heal with no side effects.  Moreover, the Covid-19 is not the first pandemic that the world has been facing in human history.  Back in the 14th century, the Black Plague killed about 20 million people, about one-third of the population of Europe!  In those days, people had the faith instead of fear, and they made use of all the supernatural means to counter the pandemic.  Processions were organised everywhere, and churches were packed.  It worked well, and the plague was defeated!

Back in the 1970’s, when I was growing up, the great panic agitated by the French media, it was the fear to be bitten by a dog that caught the rabies.  We were told: “If you have a dog and you take him go to the bush, make sure that you always keep him on leash.  Don’t let him lose, otherwise he may get bitten by a fox that has the rabies, and then the dog will bite you.”

Translate this fable of the 1970’s into 2020’s media language: “If you go out, always put a mask on your mouth and nose.  If not, you may catch some of the flying Covid-19 virus.”  The fear of foxes and dogs of my youth has been replaced by the fear of microscopic virus; and the leashes are replaced by facemasks.  In any case, basically it is the same story, the story of fear being used as a tool to control the behaving of people.  Déjà vu, like we say in France.  Is it justified or not, this is hard to say but, as a matter of fact, fear is being used as an instrument of control.

Now, the big fear that is affecting entire populations, it is the fear of being contaminated by Covid-19, and eventually to die from that disease.  But what is strange, it is the fact that such fear seems to be out of proportion with the actual risk of being infected and, in the worse scenario, with the fear of dying from that disease.  Nowadays, all over the world, governments are using that fear as an excuse to impose severe restrictions on the freedom of movement and the closing of churches.

With the help of media, World powers are using what appears to be an irrational fear, to control the people and to groom them to think according to a standard way of thinking.  Not only the Covid-19, but also many other dangerous things are used to instill irrational fear, something that became one of the landmarks of our modern-day materialistic society.  For example, over the past years, and because of heavy coverage by the media, many people are in constant fear of terrorist attacks and of ecological catastrophes.

Now, what is the Catholic attitude regarding fear?  It is expressed by Our Lord in the gospel: “And fear ye not them that kill the body, and are not able to kill the soul: but rather fear him that can destroy both soul and body in hell.”[1]  And, as the Catholic peasants from the Vendée used to sing before going to the battle against the Blues[2]: “There is only one thing that we fear, it is to offend Our Lord.”

Again, why should we be afraid, we have the solemn promise of Our Lord, at the end of the gospel according to St. Matthew: “behold I am with you all days, even to the consummation of the world.”[3]

As we enter the Month of June, Month of the Sacred Heart, let us renew our faith and absolute confidence in Our Lord, without fear.  His heart is forever burning out of love, love of His Father, and love of the adopted children of His Father that we are.