Fatima and the Coronavirus 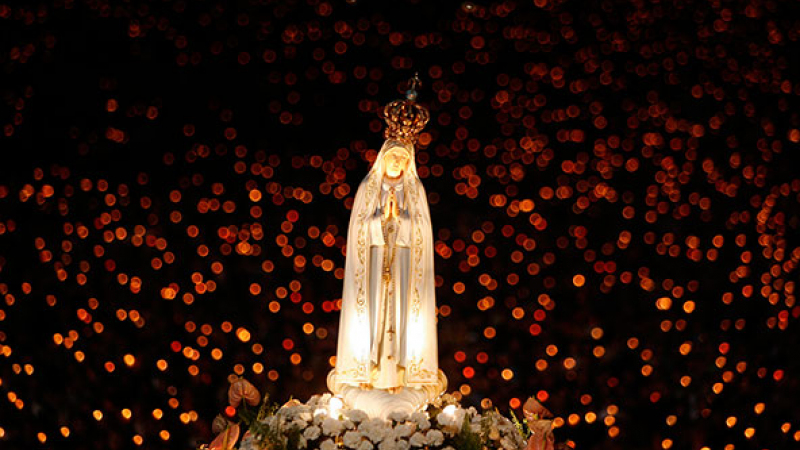 This year, tragically, there was no public celebration of the Holy Week and Easter in most countries of the world! What the two World Wars could not do in the 20th century, a Nano millimeter tiny virus was able to achieve within a Month!

Moreover, this major shutdown was ordered by the secular states of Western countries and with the approval of the Catholic hierarchy, which often preceded the government orders, for the sake of “public safety.”

This collective drama is something unheard to our collective memory. We must go back to the times of persecution against the Church to find something similar to the quasi-universal lockdown of today. However, then it was limited to some countries, like England when the Church was persecuted under King Henry VIII, or France at the time of the “terror”, under the French Revolution. At that time, outside of these countries, the Church could celebrate publicly and peacefully the mysteries of our Faith.

However, the situation that we are facing now, with churches being closed in most countries has no precedent, excepted the time of the persecutions during the first centuries of the Christian era.

Being priest and not a health specialist, my point is not to comment on the intrinsic nature of the danger of the covid-19 virus, but rather to elevate the debate up to the supernatural level. If God allowed this pandemic to happen this year, in 2020, there is a reason why and we must find it.

But we don’t have to go too far to find the answer: there is a special event that happened just over a hundred years ago that give us the key to understand the spiritual dimension of the Covid-19 crisis. It is the apparitions of Our Lady at Fatima.

As Professor de Mattei said, in an interview posted in LifeSiteNews, it is the moment “to remember the message of Fatima, because the divine punishments, which have already been affecting the Church for many years, are making themselves visible to the whole society.”

Our Lady of Fatima spoke about how God is going to punish the world for its crimes by way of war, famine, and persecutions of the Church and of the Holy Father. She also spoke about how she wanted Russia to be consecrated to her Immaculate Heart.

But then, the third part of the Fatima secret, released in 2000, stated the following:

“We saw an Angel with a flaming sword in his left hand; flashing, it gave out flames that looked as though they would set the world on fire; but they died out in contact with the splendour that Our Lady radiated towards him from her right hand: pointing to the earth with his right hand, the Angel cried out in a loud voice: ‘Penance, Penance, Penance!'. And we saw in an immense light that is God: ‘something similar to how people appear in a mirror when they pass in front of it' a Bishop dressed in White ‘we had the impression that it was the Holy Father'. Other Bishops, Priests, men and women Religious going up a steep mountain, at the top of which there was a big Cross of rough-hewn trunks as of a cork-tree with the bark; before reaching there the Holy Father passed through a big city half in ruins and half trembling with halting step, afflicted with pain and sorrow, he prayed for the souls of the corpses he met on his way.”

This dramatic vision of the Third Secret of Fatima reminds us that the angels are the instruments that God is using to punish men for their sins. In any case, we should never discourage but rather be optimistic, because everything that happens will contribute one way or the other to the future triumph of the Church. Always remember that “the closer the punishment is, the closer will be the triumph of the Immaculate Heart of Mary that Our Lady has promised us.”

The solution to all this struggle is Our Lady of Fatima. This is not a battle against flesh and blood but principalities and powers. It is waged first in our own hearts. The formula for success is the following: daily Rosary, confession, communion as often as we can, consecration to Our Lady of ourselves and our families, wearing the scapular, and entrusting to our guardian angels.

“In the end, my Immaculate Heart will triumph” Our Lady promised. “The Holy Father will consecrate Russia to me, and she shall be converted, and a period of peace will be granted to the world.”

Keeping this in mind, on May 13, we will renew the consecration to the Immaculate Heart of Mary, and this will probably take place during our livestreamed Mass.

Yours in Jesus and Mary,